You are here:
EventsLatest News 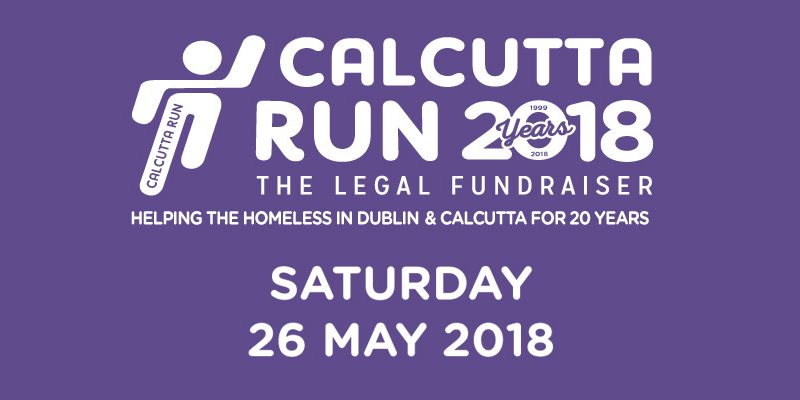 2018 is HOPE’s second year as a charity partner of The Calcutta Run. Now celebrating it’s 20th year, the Legal Fundraiser has raised almost €4 million in that time. This years run takes place on 26th May.

The fundraiser was originally the idea of Eoin MacNeill and Joe Kelly of A&L Goodbody. In January 1999, Eoin and Joe approached the Law Society to explore ways of bringing the legal profession together to create an annual fundraising event to support homeless children in Ireland and in Calcutta. They met with Ken Murphy, who introduced them to Cillian MacDomhnaill and the idea of Calcutta Run was born! Eoin, Joe and Cillian are still centrally involved in the Calcutta Run today.

Spurred by the success of the inaugural run in 1999, the event has grown from strength to strength and now accommodates walkers, runners, cyclists, soccer players and tennis players, with events taking place in Dublin, New York, and Cork!

Why not walk or run the 5k or 10k route, or cycle either the 50k or 100k routes on Saturday, 26 May?  Afterwards, wind down at the renowned Finish Line Festival where you, your family and friends can enjoy a BBQ, bar, vintage stands, and DJ, as well as kids’ activities in Blackhall Place.